I recently based and painted the 40K Gothic Ruins from the 3rd edition 40K boxed set. I have not done much terrain making before, so they were a bit of an experiment as much as anything else. I always liked the 2nd edition terrain which was described to me once as a “ruined cathedral on a golfing green” so I tried to emulate that look for these ruins. I imagine they are Administratum Buildings or somesuch and are the first pieces of what I hope will become a jungle table, 2nd edition style! I eventually would like to remake the terrain used for the jungle tables in the White Dwarf battle reports from 1993-1998, but that will be a project that will take many years to complete….

They are based on 3mm MDF which I cut with my Dremel and beveled with a stanley knife and sandpaper. They were based with sand coloured texture paint and all of the painting was dry-brushing done with cheap craft paints, except the ink washes to add weathering, which are GW washes.

My Orks insisted on posing with them! 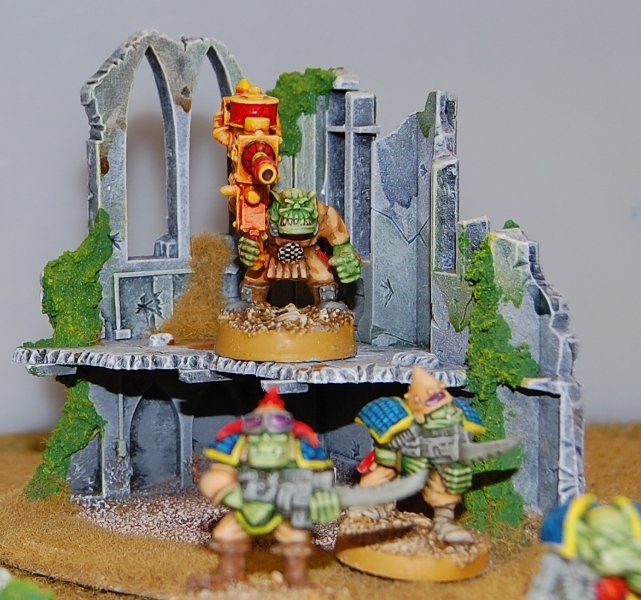 And this an Escher ganger painted by Steve Dean with the fallen wall piece (unfortunately there are no in focus photos of that by itself!). I don’t normally buy miniatures painted by others but I put in a low bid on this, and won it! I do think it is useful to study the work of painters you admire and want to emulate to improve your own work, so it was worthwhile for that reason alone. Studying it in real life really is better than looking at photos! I re-based her to match my 40K jungle terrain. She will fit into a planned mercenary force at some point…. 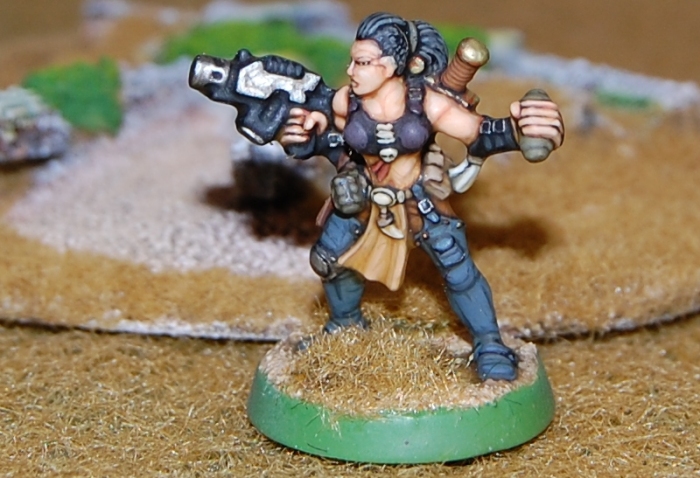 #wip true metals only in Classic40k world…
All the eldar I got painted in the last 6 months for the #40k2ndAC army challenge. Unfortunately all my terrain is in a different city at the moment so I can’t do a classic style army shot with a jungle backdrop but still—it’s a pretty good sight I think. There’s still a bit more to do for the Alaitoc Warp Hunters, some aspect warriors and vehicles, but the core of the army is done!